Facebook is one of the first social networks that made a massive breakthrough in the marketing department. One could argue that it was easy for them considering the reach they have.

But, they were innovators in a way, and all attention was well deserved. The amount of people using FB makes it an amazing platform for advertisements. There’s no doubt about it. The situation has been like that for over a decade now. While the popularity of the product created by Mark Zuckerberg is veining with certain age groups, they still have a massive following.

This is why despite the tectonic changes we’re seeing on the internet, and the arrival of many more similar platforms, they are still leaders in this domain. Despite this fact, over time people started doubting it.

After all, people doubt everything. God, Heaven, and Hell, the ability of Elon Musk to reach Mars, and the ability of the former POTUS Donald Trump, to tell the truth, are all under scrutiny. But, you shouldn’t doubt Facebook ads.

If you’re using the FB platform which will soon go completely under the Meta name, you probably noticed their ads. Everything gets advertised on Facebook for better or worse.

Yes, the platform lost some of its charms, but as we mentioned the audience is still there. The best part is that it can get easily reached. All you need to do is reach out, open a business page on this platform and start paying for promotions. Make sure to check this site and see what they have to offer you.

This approach works, and there’s no reason not to believe it, especially today when it’s possible to engage in performance monitoring of your ads. If you take a look around, many respectable businesses advertise on Facebook.

It is a symbiosis. This company is now one of the biggest in the world, and not only in its domain. Its owner, the famous Mr. Zuckerberg who even had a movie made about him titled The Social Network is a billionaire. FB has a yearly revenue measured in billions. With the right approach, you can become a part of this.

Revenue is there to be made, and the answer is yes, you can have an effective marketing campaign by using this platform. Of course, plenty will rely on the product or service you’re trying to sell. Not even FB can do much if you’re selling second-rated goods and services.

With 22% of the population using this platform, one would expect that there’s no way an advertising campaign wouldn’t work. As we said, any campaign will work if you connect all the right elements. You need to have the right approach and to create a strategy that will win the whole thing for you.

It’s not only about starting a campaign. No! you need to track your progress, secure and add more goals, be sure that you target the right audience, do due diligence in the creativity department, and as we also mentioned to monitor everything you do, starting with progress, and even if you backtrack a little, know that FB ads are good for your business in the long run. 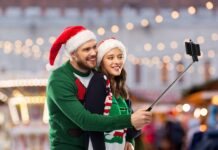 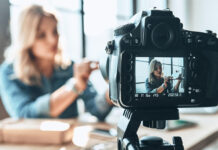 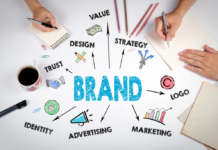 5 Tips for Using Video Marketing to Build Your Brand

If you have any suggestions and queries you can contact us on the below details. We will be very happy to hear from you.